Especially when travelling, you aren’t really in control of the lighting you are going to encounter. One little trick that was taught to me when I first started travelling and doing workshops with my good friend, Ian Rolfe, was the technique of shooting sun- stars.

Any time that there is a facinating subject, particularly in a landscape, and you are faced with having to shoot into the sun, this technique can be used to great advantage. Like all things, it’s a case of doing it well and doing in moderation. If all your images in a series included a sun-star, it would quickly become boring, rather than adding variety and interest.

Firstly, let us understand what we are trying to achieve.

We want the sun to be included in the shot but in a way that causes the light to be diffused by the diaphragm of the lens, allowing leakage of light to occur around the diaphragm’s blades. This leakage creates the star effect without full-blown glare.

How do we achieve this effect?

Lens flare can often add to the desired effect. If you find flare objectionable, be prepared to do some careful editing of the image to remove it later. This can be very problematic, depending on the particular image. It is always worthwhile taking several shots at the time of capture then choosing the easiest one to work with later.

Be prepared for lens flare

Clean your lens frequently as any slight amount of dust or salt spray will add to your woes and create unnatural looking blobs of flare. Bulbous front elements of wide-angle lenses are notorious for this.

Have fun experimenting along the way and keep this easy-to-master technique in mind next time you find you wish to add a little variety to your work.

Talking photography with Leanne and Paul at the studio of Southern FM 88.3 Friday Magazine session on 10th January 2020

Interview begins at 7:30 sec into the broadcast

If the following steps are followed carefully, newcomers to this style of photography will quickly achieve impressive results. Deviation from the procedure will quickly render unexpected and usually undesirable effects and lead to frustration.

The principle to remember is that we are trying to extend the period of time that the shutter needs to remain open by placing a dark filter in front of the lens, and thus recording motion in the image as blur. During the exposure, it is paramount that there is no movement of the camera or light leakage into the camera via an ill-fitting filter or through the camera’s eyepiece.

Of course, we need movement of some elements of the image, usually water or clouds, or a combination of both, as well as static parts of the image such as structures or other immovable objects such as rocks.

Now you are ready to progress to the second part of the process.

Looking at the following examples, I think you will agree that once you master the technique for long exposure photography, it will open up a whole new dimension to your images.

Coal Creek is a small recreated town in the South Gippsland area of Victoria, Australia, now essentially a suburb of Korumburra. Black coal was discovered in the area in 1872, and the region subsequently developed an important coal mining industry.

Old buildings crammed with relics from a past era authentically displayed complete with cobwebs and dust added to the atmosphere.

Rather than capture the wider scenes of the views of the buildings and surrounds, my mission was to hone in on the smaller detail using just the one lens, (105mm f1.4), which in itself created quite a challenge in the confined spaces. The use of the shallow depth of field and the lovely indirect lighting produced some pleasing results on the day.

Of course, when you venture to a faraway land with camera in hand, the first thoughts are to visit the main attractions and get the proverbial “record shots”. You know what I mean, the touristy shots, and Japan is full of them. As I mentioned in Part 1 of the series, the busloads of tourists start arriving by 9.00am so it’s a matter of getting to a popular location early if you want people free photographs.

Here are few of the iconic locations that we visited where we managed to get a half decent shot, many of them you may recognise from travel brochures and the like.

I hope you have enjoyed the 4 part series as much as I have enjoyed putting together a handful of the 3,000 photographs taken during our visit to this fascinating land. We only touched on a few locations, mostly in the major cities, and a visit to the northern regions and more rural locations would create a totally different impression.

One of the attractions for heading to Japan other than to see the cherry blossom in full bloom was to visit the small bars and eateries to photograph the subduedly light mood and atmosphere of the environment.

I wasn’t disappointed! The alleyways were filled with small establishments packed with people, both locals and tourists alike. In the months before the trip, I had images in my head that I just wanted to capture. I knew what they were and what I wanted to achieve long before arriving. I even purchased the lens for the job, a 35mm f1.4 that would perform well in low light and give me the desired shallow depth of field. For the non-photographers reading this, it meant I wanted the subject sharp and the background out of focus but sufficiently recognisable to place the subject into context. I think I achieved that on a few occasions.

The food, well what can I say other than it’s out of this world, or at least the part of the world I’m used to living in. Small morsels of tasty meat and poultry seared over hot coals and dipped into some of the tastiest of sauces I’ve ever come across. One I shall never forget though was the small round tomatoes wrapped in bacon, cooked over coals and served piping hot three to a skewer. The burst of the combination of sweet tomato juices and salty bacon as you bit into them was unbelievable.

When you arrive in Japan the first thing that strikes you is that there are lots of people, and I really mean lots. Most are local residents, but then there are also the busloads of tour groups who arrive at the popular locations in their masses. When faced with the dilemma of photographing interesting scenes in crowded locations the solution is to include the people and make them the subject.

Here are a few shots of people going about their daily routine that were taken in Tokyo, Kyoto and Osaka. 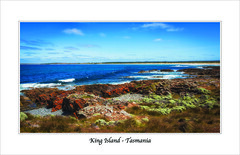 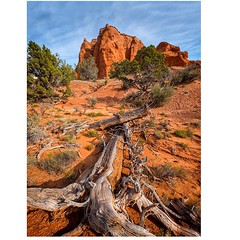 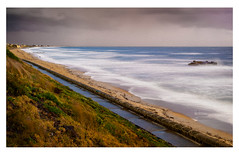